Twice each year, Australia Awards – South Asia & Mongolia conducts an Alumni Development Impact Survey with Australia Awards alumni from Bangladesh, Bhutan, the Maldives, Mongolia, Nepal, Pakistan and Sri Lanka. The survey collects responses from those who completed a Scholarship around 18 months or participated in a Short Course approximately 6 to 12 months before the survey date.

A key finding from the October 2021 Alumni Development Impact Survey (which only surveyed Scholarship recipients, not Short Course participants) was that women and men reported similar benefits from their Australia Awards education. The survey results reveal that alumnae are universally using the skills and knowledge they earned while studying in Australia to contribute to the development of their countries, while attaining career advancement at levels equivalent to their male counterparts.

Data was collected from 106 Australia Awards alumni (45 women and 61 men). All women respondents (100%) were confident that the skills and knowledge gained through their Australia Awards Scholarship would enable them to contribute to their country’s development. Almost all women respondents (96%) were also able to provide concrete examples of using the new skills they had acquired—such as improved research, communication and writing skills—since returning to their home country. 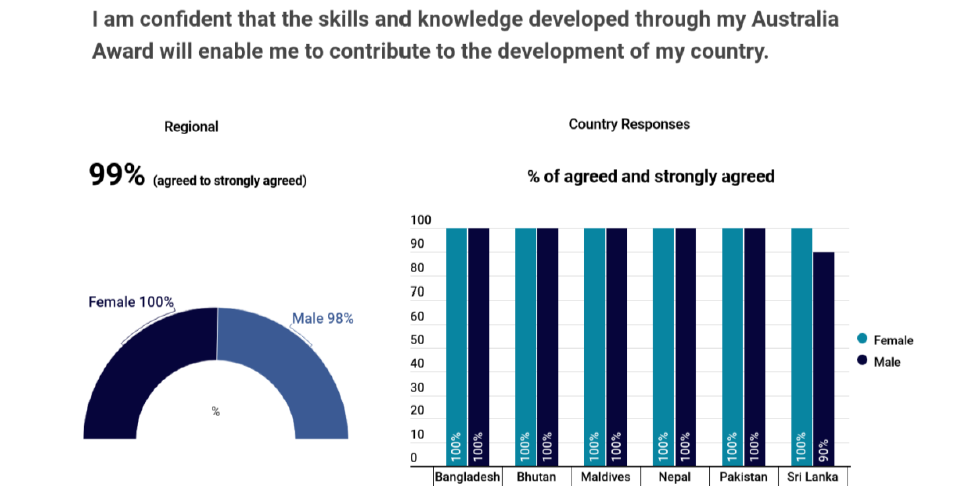 As an example of how these women connected their Australian education to their development achievements, one of the participants from Pakistan said, “As the Second Secretary (Tax Policy, Federal Board of Revenue), I was a part of the team that prepared the Federal Budget 2020–21. In this position, I had the opportunity to use the skills I obtained during my research work (as part of my Master of Business Administration degree in Australia) to implement changes to the tax legislation and procedures related to corporate mergers and acquisitions. The amendments [are primarily aimed at] strengthening corporate tax compliance and minimising the risk of tax avoidance.” 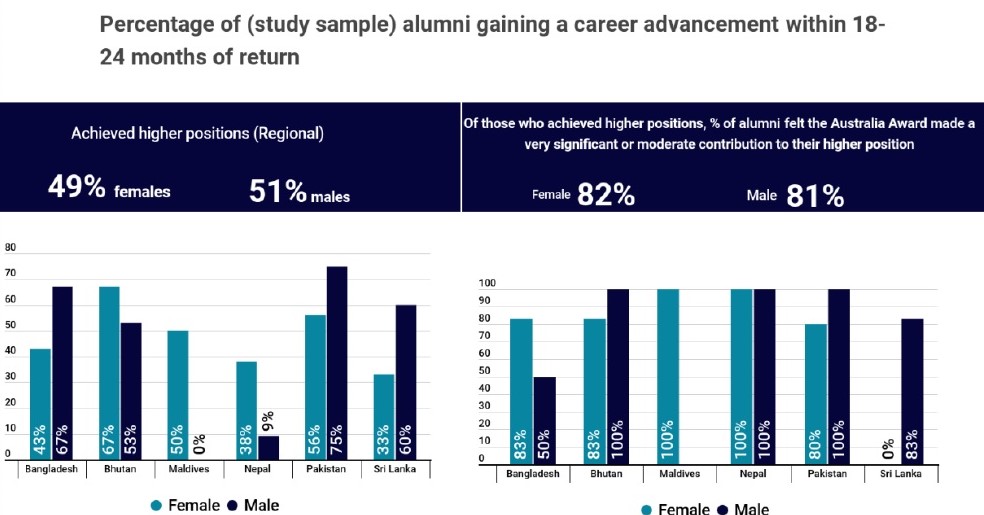 This data provides a valuable insight into how Australia Awards benefits recipients, and emphasises the importance of engaging with the Alumni Development Impact Survey if you are invited to take part in future.