More than 200 Australia Awards Scholarship recipients from South Asia and Mongolia are now on their way to study at Australia’s world-renowned higher education institutions.

Due to the closure of Australian borders at the onset of the COVID-19 pandemic, some of these recipients had been patiently waiting since 2020 to begin their study journey. This year, with borders reopened, they are finally able to travel to Australia to undertake postgraduate studies to further equip themselves to contribute to their countries’ development in their specific fields of work.

Before leaving for Australia, these new Australia Awards scholars attended pre-departure briefings in their respective countries. These briefings advised scholars about what to expect in Australia, cultural differences and similarities, and how best to cope with the challenges they may face while living and studying in a different country.

As part of the briefings, Australia Awards alumni shared their firsthand experiences to help the new scholars understand what challenges may lie ahead—including academic difficulties, culture shock, and the stress of being away from home and family—and also how to make the most of the experience.

High Commissioners and Ambassadors in various countries hosted dinners to bid farewell to local scholars before their departure for Australia, and to congratulate them on their achievement.

In Bangladesh, Australian High Commissioner HE Jeremy Bruer farewelled 48 new scholars at an event on 26 May. In his remarks, he said “As Australia and Bangladesh celebrate the 50th anniversary of diplomatic relations, I’m pleased that Australia Awards scholars and alumni continue to play such an important role in enhancing the links between our two countries and contributing to the development of Bangladesh.”

Commenting on the three-day pre-departure briefing in Bangladesh, scholar Kazi Rukaiya Sultana said “The briefing sessions were really effective and have helped us to be prepared for our journey to Australia. It was a package full of guidelines that we will need during our stay in Australia.”

A scholar from Bhutan who attended a farewell event in Thimphu with 20 other scholars on 29 April said, “The Scholarship journey has been long and arduous, but a fulfilling experience thus far. As we are all selected against one of our country’s human resource gaps, we are acutely aware of our responsibility to learn and bring back skills, knowledge and attitudes which are required to contribute to Bhutan’s development.” 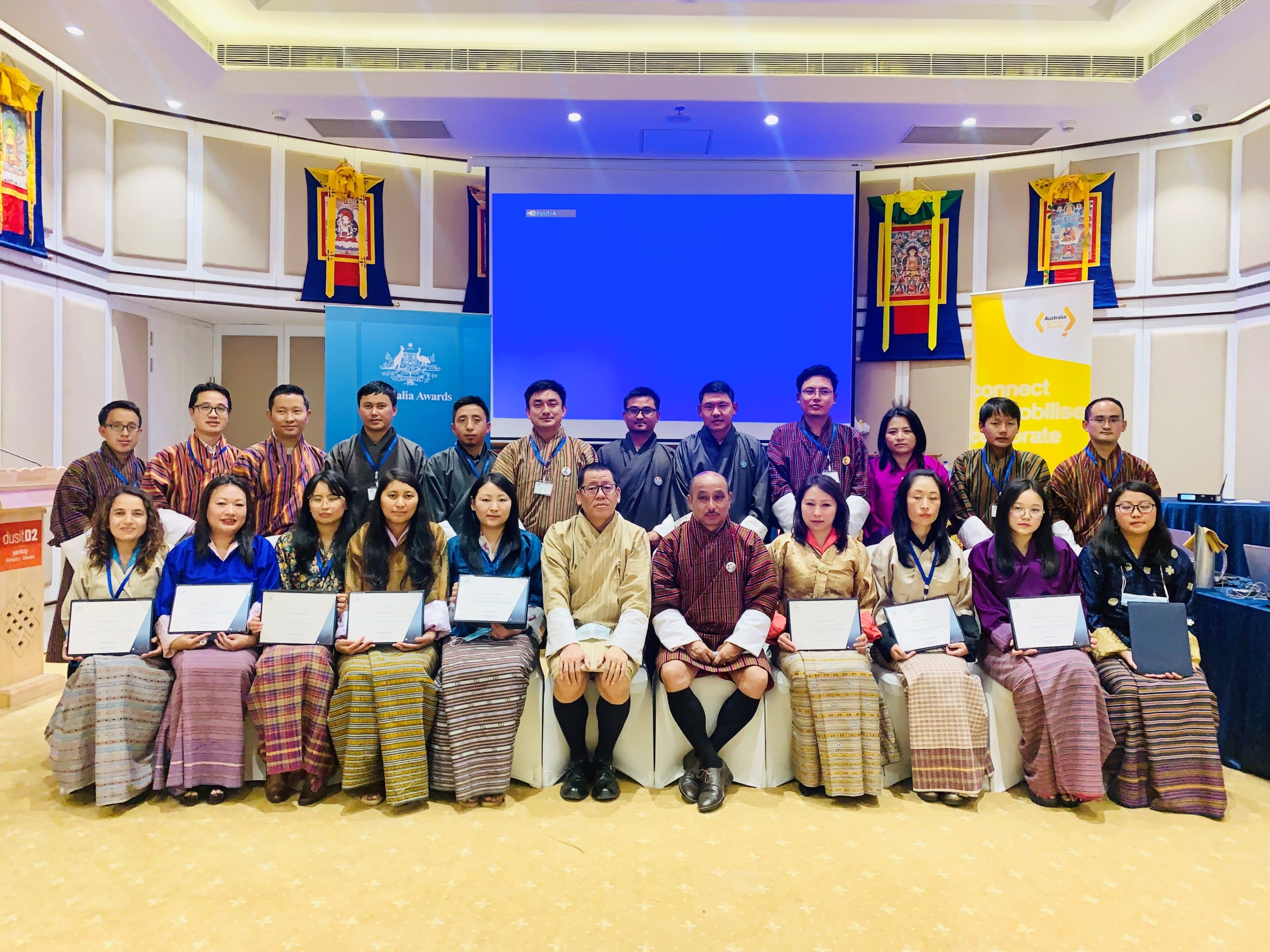 21 scholars from Bhutan attend the pre-departure briefing in Thimphu

Australian High Commissioner to Sri Lanka & Maldives HE David Holly hosted a reception on 4 May to congratulate 45 Sri Lankan scholars. “As Sri Lanka and Australia celebrate 75 years of diplomatic relations, recognition of Australia Awards recipients reminds us of the valuable role education plays in the bilateral relationship,” he said. These 45 recipients will undertake master’s degrees at Australia’s top universities in the fields of health security, stability and economic recovery. 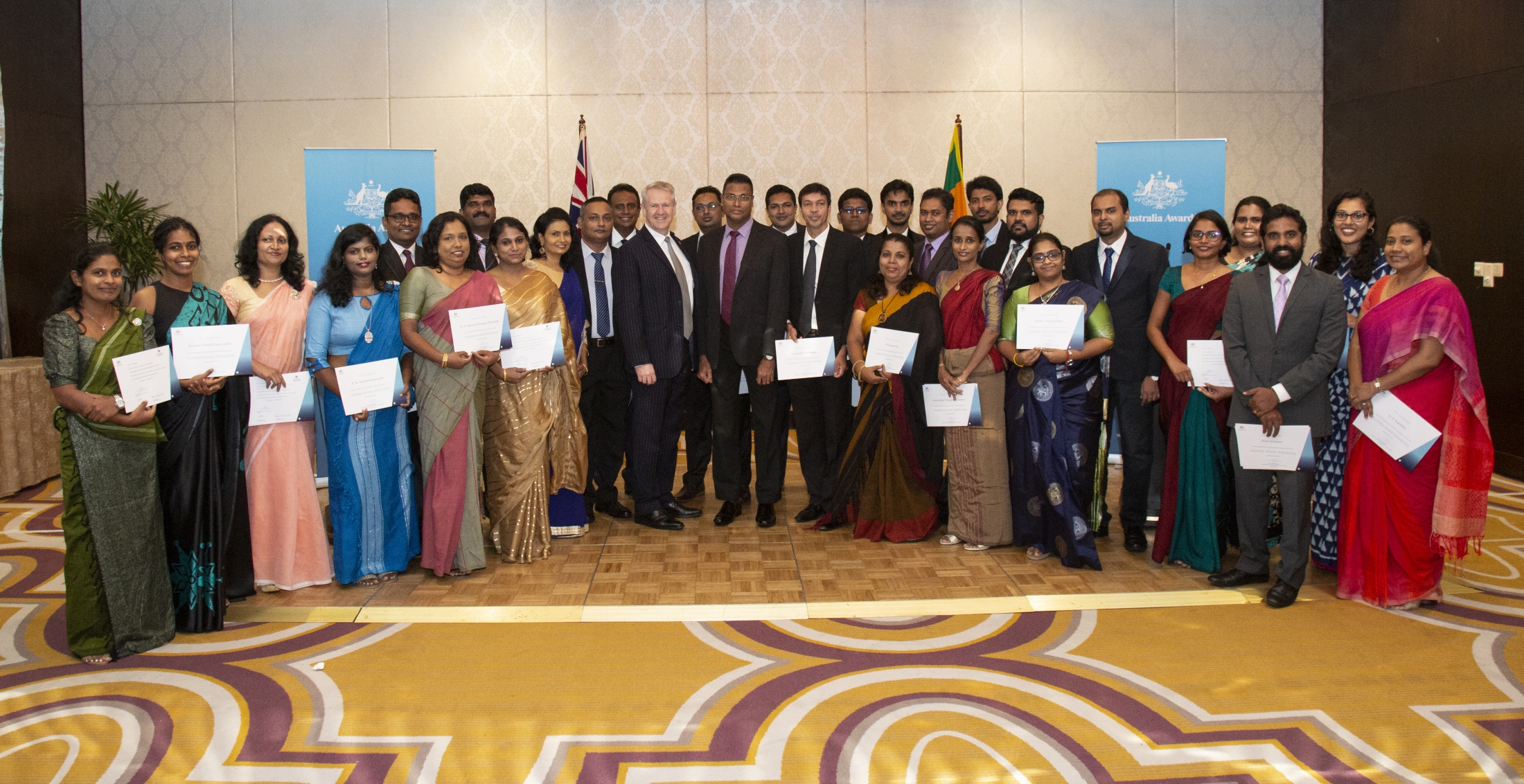 High Commissioner Holly also hosted a reception on 9 May in honour of 20 Maldivian scholars with the Maldives’ Minister of Higher Education, Dr Ibrahim Hassan, as chief guest. In his remarks, the High Commissioner said that the Scholarship recipients—each future leaders in their fields—would play a personal role in strengthening the bonds that exist between Australia and the Maldives.

At the pre-departure briefing held in April in Mongolia, David Preston (First Secretary, Australian Embassy in Mongolia) congratulated 35 scholars and expressed that obtaining an Australia Awards Scholarship would enable the scholars to broaden their vision, provide the ability for critical thinking and constructive discussions, and deliver opportunities to build confidence and careers. In addition, he noted that it was a great opportunity for scholars to learn more about Australia, its people, culture and history.

Scholars during the pre-departure briefing in Mongolia

Australian Ambassador to Nepal HE Felicity Volk congratulated and bade farewell to 28 scholars from Nepal at a ceremony on 28 April. In her farewell speech, she said “The prestigious Australia Awards Scholarships scheme is one of our flagship programs in Nepal and the Australian Government is proud of this program and its contribution to Nepal’s development. But most of all we are proud of the individual scholars themselves—their vision, their aspirations, and their achievements both in their studies and on return to Nepal.” 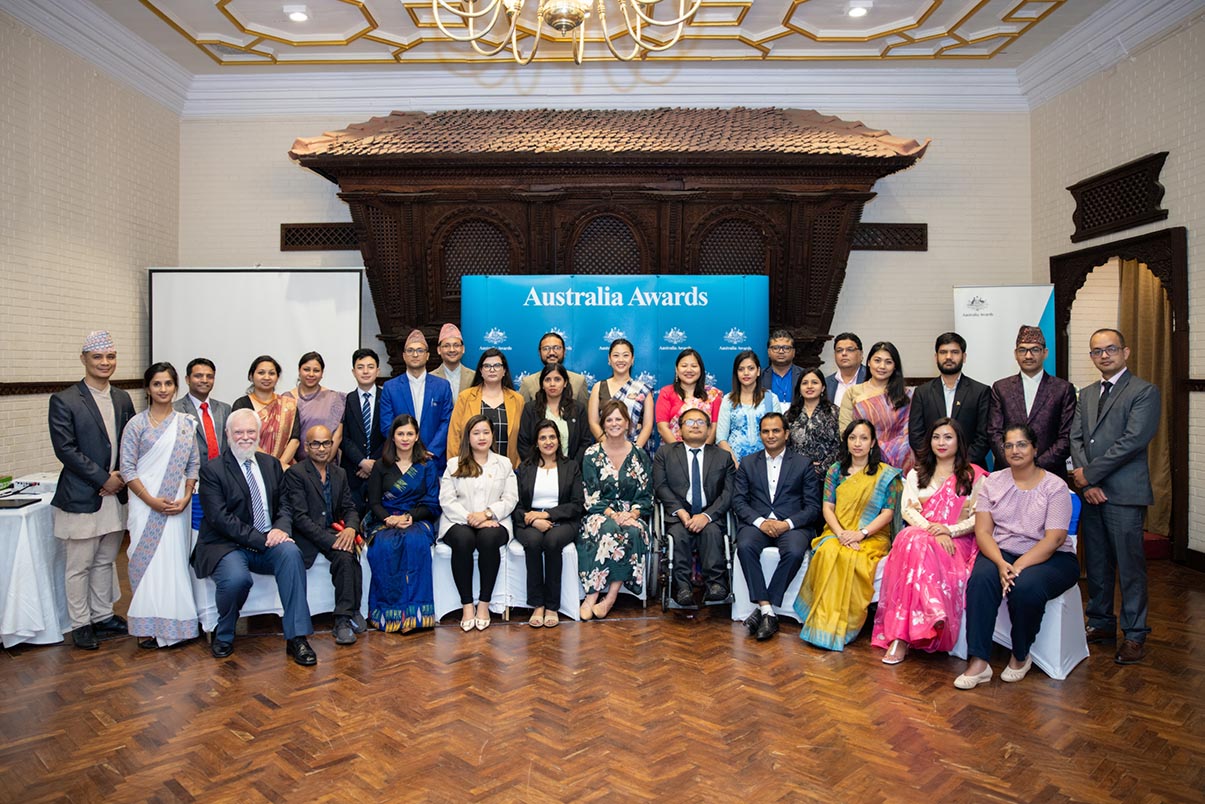 In Pakistan, the Acting Australian High Commissioner to Pakistan, Joanne Frederiksen, congratulated 23 scholars at a farewell dinner on 11 May, wishing them success with their studies. 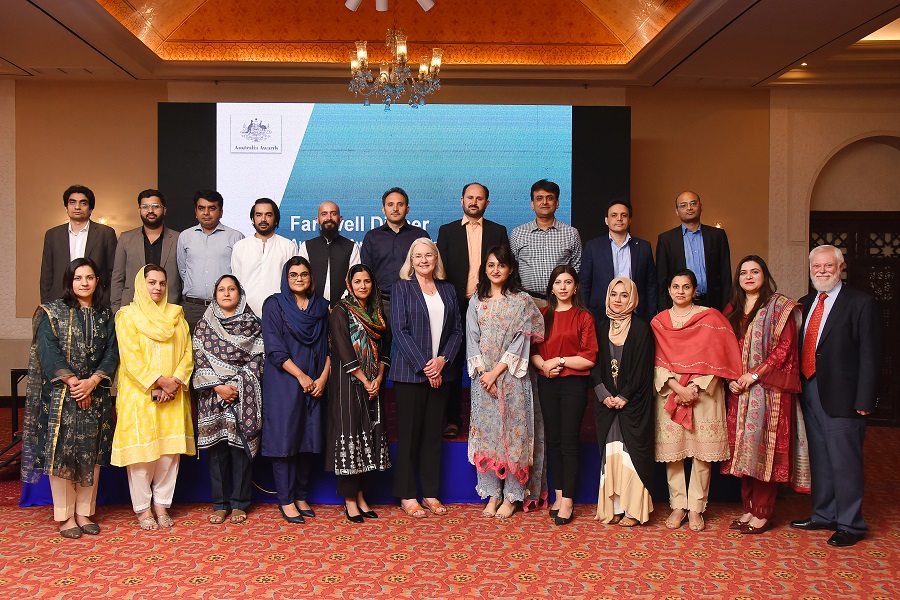 Image at top of page: Australia Awards scholars from Bangladesh